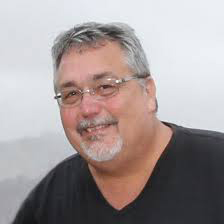 He is passionate about the creative use of technology to transform the art of visual storytelling and is regarded as a futurist by colleagues within the industry.

He has contributed to hundreds of international television commercials and over 50 feature films including ‘Armageddon’, ‘Independence Day’, ‘Air Force One’ and the ‘Lord of the Rings’ trilogy.

Dean was a pioneer in developing computer graphics for film and television. He co-invented the Colorgraphics DP Max – the first real-time paint and 2D/3D compositing system that delivered unsurpassed quality and capability to editors and artists.

In 2000, at the peak of his Hollywood career, Dean journeyed to New Zealand and led the startup of Oktobor, a world-class award-winning creative and talent-centric visual effects and animation company that gained global recognition servicing ad agencies, film production companies and studios. His next start-up, “Studio of the Future” allowed Dean to define his next-generation approach for visual effects and computer graphics production.

He was recruited to define the future for da Vinci Systems, where he was instrumental in developing a 3D computer graphics finishing system utilizing supercomputing processing that made the completion of ‘Avatar’ and dozens of other 3D feature films possible.

Dean then launched an innovative Florida based company in 2012 – Splinter Studios. Splinter Studios has been involved in ongoing research and development to streamline visual effects-led content production through disruptive technological integration with the all important creative process.

His latest projects have relied on his ability to creatively apply the latest technological approaches to virtual events and virtual worlds to assist industries that have been hindered by the global pandemic.

Dean is now working on Simba VFX Studios, his vision of the future that is one step beyond the current trend of LED-wall studios and Virtual Production.

He has been an active member of both SMPTE and ACM/SIGGRAPH since 1984. He was elected to the Visual Effects Society in recognition of his VFX Supervisor roles on “Without a Paddle,” “Spooked”, “Bogeyman” and the “Lord of the Rings” trilogy.